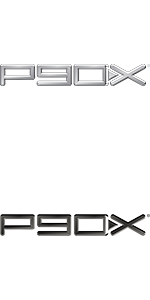 Growing a Company to a Billion-dollar Valuation with Craig Weiss, Co-Founder and CEO of Retainer Club LLC

Craig Weiss is the Co-Founder and CEO of Retainer Club LLC, a subscription healthcare service that provides subscribers with 3-D printed custom retainers. He was the CEO of NJOY, Inc. from 2011-2014 during which time he recruited and scaled to 130 employees across half a dozen countries, manufactured and distributed over 80 million units of the company’s products, achieved distribution in over 130,000 locations worldwide, and reached a $1 Billion valuation. Craig has eleven patents to his own name, including five for medical devices. He was also the managing member of a hedge fund that focused on publicly-traded companies involved in material intellectual property litigation.

END_OF_DOCUMENT_TOKEN_TO_BE_REPLACED Chris Martinez is the founder of DUDE, a company dedicated to helping digital agencies take on more clients and scale up with flat-rate, unlimited web design development with the combined effort of their team in Tijuana, Mexico. Chris is obsessed with hitting deadlines and helping agencies grow by giving them all the benefits of outsourcing without the downsides.

END_OF_DOCUMENT_TOKEN_TO_BE_REPLACED How to Set Up Profitable Certification Programs with Mitch Russo, Founder Power Tribes

END_OF_DOCUMENT_TOKEN_TO_BE_REPLACED John Jantsch is a marketing consultant, speaker, and the best-selling author of the book Duct Tape Marketing. He also wrote the books The Referral Engine, Duct Tape Selling, The Commitment Engine, and SEO for Growth. His newest work is The Self Reliant Entrepreneur which contains 366 daily meditations to feed your soul and grow your business. He is the host of Duct Tape Marketing Podcast and has been doing his podcast since 2005.

END_OF_DOCUMENT_TOKEN_TO_BE_REPLACED How to Succeed in Business and in Life with Richard Rossi, Founder of TheDavinci50

Richard Rossi is the co-founder of two of the world’s largest and most prestigious enrichment programs for high achieving students. In 1986, he co-founded InVision EMI which became one of the country’s largest providers of live leadership and career exploration programs for high achieving students. They sold the InVision EMI in 2011 and Richard has since gone on to create a company that connects high-achieving kids with high achievers in the STEM fields. He also owns Davinci50, the highest-level live coaching program in the world on Superaging: biohacking our bodies for boundless energy and a dramatically extended life without disease, physical limitation, or mental decline.

END_OF_DOCUMENT_TOKEN_TO_BE_REPLACED Mitch Kahn is the co-founder of Grassroots Cannabis which began operations in 2014. Through his leadership as CEO the company has since grown to have 61 licenses and operations in 11states with more than 800 employees. Mitch recently led his company into a merger with Massachusett-based company, Curaleaf, in a stock and cash deal worth $875 million.

END_OF_DOCUMENT_TOKEN_TO_BE_REPLACED Robert is the founder of four successful companies that grew from zero to 10 million. In the past few years alone, he grew those companies from 10 million to over 100 million dollars in sales. His companies include Absolute Wireless, a preferred partner for Sprint, Dang IT Repair, a cell phone repair company, and Call Proof, a CRM for B2B companies to manage their sales process. Robert is also the founder of Shift Your Time, a company where he teaches business leaders and entrepreneurs how to get back an extra 40 hours of productivity a month using specific communication techniques.

END_OF_DOCUMENT_TOKEN_TO_BE_REPLACED David Long is the Founder and CEO of My Employees, a company that specializes in helping business managers grow through the development of their relationships with their employees. David has worked with many major corporations such as McDonald’s, FedEx and Walmart. David is also the best-selling author of Built To Lead: 7 Management R.E.W.A.R.D.S. Principles for Becoming a Top 10% Manager.

END_OF_DOCUMENT_TOKEN_TO_BE_REPLACED Elan Amir is the Founder of PodiPop, a South Indian-inspired popcorn company. They use a nutrient-dense multi-colored heirloom popcorn kernel allowing for better digestion.

END_OF_DOCUMENT_TOKEN_TO_BE_REPLACED Joey Gilkey is the Founder of Tribe Prospecting, which helps businesses land six and seven-figure contracts with their dream 500 clients through account-based selling. If they don’t deliver they personally buy you a Tesla. They have a multi-discipline, multi-channel, hyper-personalized, highly-targeted, account-based sales outreach system to reach the list of your 500 dream clients over the course of the year.