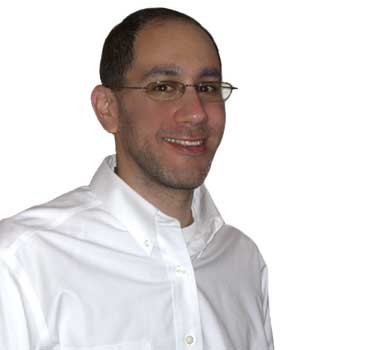 Marty McDonald is the Co-founder and CEO of Bad Rhino, a full-service social media marketing agency based in Pennsylvania. The company services and specializes in e-commerce, community management, online branding, content creation, and more. Their clients include craft beer, golf, staffing and recruiting, and hospitality companies, among clients in many other industries. Marty has used social media strategies to actively recruit and build an online marketing business for over 18 years.

Marty also wrote the book Great Beer is Not Enough and hosts a podcast, Taps and Tees. At Bad Rhino, Marty has worked with the PGA of America, Laser Putt, indoor golf simulator companies, and he runs Golf Fanatics and Golf Cheapskate.

END_OF_DOCUMENT_TOKEN_TO_BE_REPLACED

﻿Vicki Higgins is a sponsorship and brand partnership expert. She is the Founder and CEO of the CXP Agency and host of the Sponsorship Mastery podcast. She negotiated the 2019 naming rights for Toyota Arena and landed over $20 million in sponsorship deals since 2018 with brands like Toyota, Coca-Cola, American Express, Lucas Oil, and more.

Before starting CXP Agency, Vicki worked with a major NBA sports franchise and an international airline. She was an executive with a few of the most prestigious tourist destinations in the US.

END_OF_DOCUMENT_TOKEN_TO_BE_REPLACED Andrew Warner is the Founder of Mixergy, where he has interviewed over 2,000 entrepreneurs. He’s the author of Stop Asking Questions, a guide for interviewers and anyone who wants to learn more from the people they admire. Andrew was a marathon runner who did a marathon in every continent in his 20s. He used credit cards to create a business with his younger brother that generated over 30 million dollars a year.

END_OF_DOCUMENT_TOKEN_TO_BE_REPLACED Becoming an Athlete in Business with Tracy Deforge, Shawn Springs, and Donte Whitner

Tracy Deforge is the CEO and Co-founder of The Players’ Impact. The Players’ Impact is a platform that empowers athletes and businesses exclusively for current and former professional athletes looking to preserve and build wealth through their premier private market investment opportunities. Some of their community members include Tracy McGrady, Gabby Douglas, and many more. Their portfolio companies include Cameo, DraftKings, Robin Hood, and others.

Shawn Springs is the CEO of Windpact, a materials data and technology company located in Leesburg, Virginia. He is passionate about protecting the next generation of kids, and the inspiration behind founding Windpact stems from his 13 seasons playing in the NFL. In 1997, he was drafted third overall in the first round, spent time with three teams — the Seahawks, Washington Football Team, and New England Patriots — and was in the Pro Bowl.

Donte Whitner was an 11 year NFL veteran, three-time pro-bowler, eighth overall pick in the 2006 NFL Draft, All-American at The Ohio State University, and NFL TV analyst with CBS Sports. He is a Partner and on the Athlete Advisory Board at Kirtland Hills Capital. Donte is also an accomplished real estate developer, NFLPA President of the Orange County Chapter, and sits on the advisory board of several organizations that help athletes understand the importance of financial literacy.

END_OF_DOCUMENT_TOKEN_TO_BE_REPLACED

Todd Brown is the Founder of the E5 Method. He’s considered one of the top authorities on engineering profitable customer acquisition campaigns, and they have clients in over 64 countries operating in over 71 different markets.

Todd has helped his students engineer six and seven-figure marketing campaigns. His list of coaching students, consulting clients, and subscribers are some of the who’s who of A-list entrepreneurs.

END_OF_DOCUMENT_TOKEN_TO_BE_REPLACED Richard is the Co-founder of Electronic Arts, a company with a $30 billion market cap. He also co-founded Melmon Tawa & Partners, a high-tech advertising agency acquired by Livingston and Co. in 1989. Richard built and sold Objective Software to Asymetrix in 1993. He has co-founded and built many businesses ever since.

More recently, Richard co-founded Bullpen Capital in 2010 with Paul Martino and Duncan Davidson and has led several of its key investments, including Braze and Homelight. Richard is also is Managing Partner at NSV Wolf Capital.

END_OF_DOCUMENT_TOKEN_TO_BE_REPLACED Rohan Sheth is the Co-founder and CEO of GrowRev, a digital agency that helps companies grow their businesses online. They’ve handled over $100 million in ad spend for 1000s of companies resulting in over $600 million in returns. Rohan founded GrowRev with Matt Farmer.

Rohan’s sales journey began in high school when he imported pocket bikes and sold them to his friends. He cut his teeth selling $13,000 education packages door to door, and in a few short months, was the “go-to” guy to close impossible leads. Since then, Rohan has worked with companies like Clickfunnels, Tony Robbins, Dean Graziosi, and many more.

END_OF_DOCUMENT_TOKEN_TO_BE_REPLACED Dodd Caldwell is the Co-founder and CEO of MoonClerk, a web-based software company that helps businesses accept one-time and recurring payments online without any coding.

Dodd is also the President of Rice Bowls, a creative nonprofit that partners with grassroots orphanages in eight countries to feed hungry children. Before that, Dodd founded an e-commerce company that he sold, and he led international chain sales efforts for his family’s manufacturing business

END_OF_DOCUMENT_TOKEN_TO_BE_REPLACED The Intersection Between Comedy and Business with Comedian Elon Gold and CEO of Get Visible, Jason Ciment

Elon Gold is a comedian and actor who has starred in FOX’s Stacked and NBC’s In-Laws. His one-hour stand-up special on Netflix, Elon Gold: Chosen & Taken, received wide acclaim from audiences and peers alike. It is currently streaming on Amazon Prime.

He has made ten appearances on The Tonight Show and had a recurring role on FOX’s hit show, Bones. Elon was a writer and performer on ABC’s The Dana Carvey Show and has guest-starred on Frasier, The Mentalist, and Chappelle’s Show, among others.

Elon made stellar appearances on The Late Late Show With James Corden and Comedy Central’s This Week At The Comedy Cellar. Millions around the globe have shared his routines. Elon is also currently featured in the Hulu movie The Binge and season 3 of HBO’s Crashing, playing his most challenging role yet…himself. Elon can be seen opposite Larry David in a recurring role in the upcoming 11th season of Curb Your Enthusiasm.

Jason Ciment is the Founder and CEO of Get Visible, a digital marketing agency that helps companies with their website search engine rankings, online ad campaigns, and much more. Jason calls himself a “digital marketing assassin,” due to his reputation for growing traffic, leads, and revenue for his clients.

Jason has written several publications in regards to digital marketing strategies, SEO tactics, and winning online. He authored the book I Need More Clients: Digital Marketing Strategies That Grow Your Business, which serves as a step-by-step guide to utilizing web tools and digital strategies.

Before founding Get Visible, Jason worked in executive roles for MagMall.com, MagazineSubscription.com, Adrecom.net, and Playknits Inc. He received his bachelor’s degree from Yeshiva University and his law degree from Fordham University School of Law.

END_OF_DOCUMENT_TOKEN_TO_BE_REPLACED 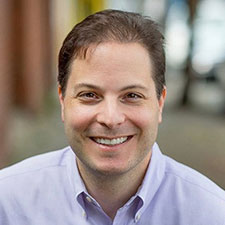 Paul Martino is a Venture Capitalist and a Managing General Partner and Co-founder of Bullpen Capital. Before forming Bullpen in 2010, Paul was an active angel investor and personally invested in the first rounds of Zynga (NASDAQ: ZNGA), TubeMogul (NASDAQ: TUBE), and uDemy. He sold a company to Millennial Media before its public offering (Condaptive) and to Marketo before its public offering (Crowd Factory).