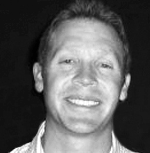 Jim Sheils is CoFounder of Board Meetings International, a company that specializes in retreats for entrepreneurs and their children to deepen the parent and child relationship. In his 20s, Jim partnered with best friend Brian Scrone and went on to create a multimillion dollar real estate company that generates over $15 million per year. Aaron Walker is Founder of ViewFromtheTop. He coaches business leaders with his over 35 years of entrepreneurship experience and 8 successful businesses. His journey began with pawn shops he started at age 18 that he sold to the Fortune 500 company Cash America USA at 27 for 7 figures. He also started a multimillion dollar […] Dan Kuschell is the CEO for Joe Polish’s Genius Network & Genius Network. He’s the founder of Growth to Freedom™, ProsperityBasedLiving.com, & creator of Millionaire’s Mindset. One of his many companies had over 175 employees and $15 million+ a year in sales. He is the bestselling author of A Champion in the Making: Awaken the […]

Disrupt You! and Endless Innovation with Author Jay Samit

Jay Samit has raised over 800 million dollars for startups; sold companies to Fortune 500 firms; taken companies public; and partnered with some of the world’s biggest brands, including Coca Cola, Microsoft, and Apple, to name a few. He is the author of DISRUPT YOU! Master Personal Transformation, Seize Opportunity, and Thrive in the Era […]


Full Version of DISRUPT YOU!

Ramona Pierson is cofounder of Declara, a learning technology that bridges artificial intelligence, neuroscience, and algorithms that are under lock and key. Previously, Ramona was founder of SynapticMash which was acquired by Promethean for estimated ~$10million. She had to relearn everything –from walking to talking to eating and even breathing. She is truly the perfect […]

Commander Mark Divine is an expert in human performance,mental toughness, and leadership. His journey went from MBA to CPA to elite Navy Seal Officer to founding successful Coronado Brewing COmpany, NavySeals.com, to Founder of SealFIt He is a New York Times selling author of Unbeatable Mind: Forge Resiliency and Mental Toughness to Succeed at an […]